My friend is a doctor.  She saves lives and delivers babies on a daily basis.  I study literature and went to college to earn a BA and MA in English (with an emphasis on creative writing).  More than once, she has asked me what I do and why it, whatever “it” is, is important.  This question stumps me a bit every time it comes up.  I give a response, after a pause, boasting the need for analysis of art, media, literature, politics, etc.  Then I let my voice trail away and there is a thick silence.  Usually it is followed by some weak muttering.

I haven’t read a piece of critical theory since I graduated over a year ago in May 2018.  On a whim, I picked up a book (Culture by Terry Eagleton) to warm up that dormant part of my brain.  The subject of Eagleton’s book wasn’t causing much response in me, so I let my brain drift.  I landed on the curious question, not meant to be harsh or probing, from my doctor friend.  I don’t think she even expects an answer.  But this is my attempt at one.

What is the point of studying the humanities?

I hate to admit that when it comes to the minutely detailed arguments, it maybe doesn’t matter as much.  The wider world does know one scholar from another (with some exceptions like Freud and Marx).  The general population doesn’t contemplate Raymond Williams or Slavoj Zizek or Jack Halberstam.  Those names probably mean nothing to them. 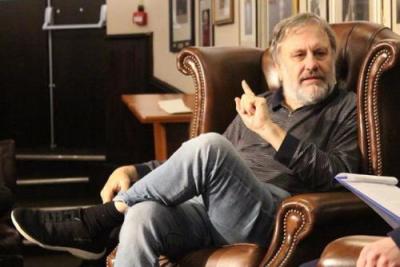 But on a larger scale, I think theory (the act of examining something critically) promotes critical thinking and allows us to analysis the world around us.  In this way, theory and the humanities are key to human life and existence.

Be critical of everything (within reason).

Media is everywhere: the device in your pocket or purse delivers media directly to you at any moment.  It is unavoidable.  And we should be critical of it.

The humanities foster this critical muscle.

What my friend sees me and other scholars doing is the nit-picking stuff—the micro level of theory and thinking critically.  On the macro, however, we are employed in critical work, dissecting the world around us.  This still is vital to modern human life.

Think of Facebook and your crazy, conspiracy-spouting aunt.  Do you believe everything she posts?  I hope not.  And that is critical thinking.  The same applies to all social media.  And media in general.  You shouldn’t be paranoid that everyone is lying to you, but take claims with a grain of salt, especially if they lack evidence to support their claim.

In short, in order to think critically, one should study the humanities.